I am of legal age to drink alcohol in my country 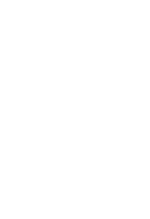 More than 60 Casillero del Diablo customers experienced three days full of activities and had the privilege of witnessing the latest edition of the now classic Casillero del Diablo Devil’s Match, a thrilling game played between Manchester United and Tottenham Hotspur on October 19.

It all started on Monday, October 17, with a gala dinner held in one of the main halls of the Old Trafford Stadium, where Manchester United Legends Bryan Robson and Quinton Fortune delighted the guests with more than a tale or two.

The following morning, the guests travelled to the Theatre of Dreams, as the Old Trafford Stadium is known. There, they toured the facilities and visited the museum, which features countless trophies, jerseys of historic players and videos of the team’s greatest goals, among other attractions.

Afterwards, a group of the guests had the privilege of witnessing a ‘Red Devils’ training session at the Carrington Training Centre. At the end of the day, they could take photos and share legendary moments with the team’s stars, including Cristiano Ronaldo, David De Gea and Casemiro, among others.

Meanwhile, after receiving instructions from the English team’s technical staff at The Cliff training centre, the second group of guests put on their shorts and became Manchester United players. Wes Brown, a living legend of the Red Devils, accompanied the enthusiastic players during the activity.

The most eagerly anticipated day came when Manchester United took on Tottenham Hotspur in front of more than 70,000 spectators. In a riveting and entertaining match, the Red Devils won 2-0, with goals from Brazilian Fred and Portuguese Bruno Fernandes.

The Devil’s Match is a fantastic occasion that allows customers from Casillero del Diablo’s main markets to enjoy the Casillero de Diablo-Manchester United experience in person. Those who are part of this adventure can soak up this legendary alliance, which has the excellence, tradition and global recognition of both parties as its fundamental pillars.